Aralam is a village located in southeast part of Kannur district which is close to the dense Western Ghats, in the Indian state of Kerala.

The national highway cuts through Kannur town. To the north, Mangalore and Mumbai can be accessed while to the south, Cochin and Thiruvananthapuram. Mysore and Bangalore can be reached through a road to the east of Iritty.

The village also known for its famous wildlife sanctuary. Aralam wildlife sanctuary is one of the smallest sanctuaries in Kerala, situated in the Northwest slopes of Western Ghats connecting with the forests of Coorg (Kodagu) district of Karnataka states.

In 1984, Aralam wildlife sanctuary was formed by carving the areas of Odanthode Malavaram of Thalassery. It was a privately owned forest earlier, which is now taken over by Government as per the provisions of the Kerala Private Forests (Vesting and assignment) Act, 1971.

Aralam wildlife sanctuary covers a total area of 55 sq. km. It lies between 11° 54 and 11° 59 North latitudes and 75° 47 and 75° 57 East longitudes. The headquarters of the sanctuary is near Iritty which is a small town located about 55kms from Kannur. The highest peak here is Katti Betta which rises to a height of 1145m above sea level. The sanctuary adjoins the Central State Farm at Aralam. Aralam wild life is located at Muzhakkunnu panchayath and Aralam panchayath. Muzhakkunnu is also a tourist spot.

A vast variety of flora and fauna can be found in the Aralam Sanctuary. Herds of deer, boar, elephant and bison are common sights. Leopards and squirrels are also seen here. Around 3000 millimetres of rainfall is experienced annually and the sanctuary is enriched by varied streams and rivers including River Aralam.

Nearest airport: Calicut International Airport (Kozhikode) which is about 113 kms from Iritty and 71 kms from Thalassery. 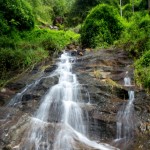 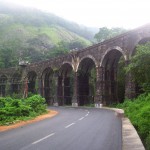