The Gateway of India is an arch-monument in Mumbai, India, that was created in the early twentieth century. It was built to commemorate King-Emperor George V’s landing on Ramchandani Road near Shyamaprasad Mukherjee Chowk in December 1911, making him the first British monarch to visit India. The Gateway was used as a symbolic, ceremonial entrance to India for senior colonial personnel after it was completed. The Gateway is also the site of the final British troops leaving India after India’s independence in 1948. It is situated at an angle on the waterfront, just across from the Taj Mahal Palace and Tower Hotel, with views of the Arabian Sea. The monument has become synonymous with Mumbai and is one of the city’s most popular tourist attractions.

How to reach
By Air: The nearest airport is Mumbai International Airport.
By Railways: The nearest station is Churchgate in Mumbai.
By Road: Cab, Taxi, or Bus 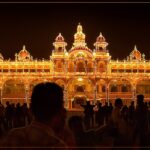 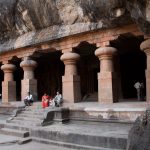