Iritty, also known as the “Coorg Valley” is one of the most beautiful hill side towns in the district of Kannur, north Malabar in the state of Kerala, India. Iritty is the main market place for the agricultural population in the near villages. Cultivation of cash crops such as cashew nuts, pepper and rubber are done here. Iritty is one of the fast developing towns in Kerala and top among four taluks in Kannur district, attracting a descent numbers of tourists.

The unique rivers, green hills, streams and valleys in the region makes this place much beautiful site. Iritty, popularly known as the land of two rivers. Earlier the name ‘Iritty,’ made the first cry, this place was nurtured by two prime rivers, Bavalipuzha and Barapuzha. Locales regarded both the rivers conflux as Iratta (Double) puzha (River), and in the later days till date, the place became well known as Iritty. River Bavali, Aralam and Veni are the three main streams of Iritty river.

Bavali River:
The Bavali river, initiates from the northern slopes of Brahmagiri forests of Karnataka and Ambayathode after flowing 20 km. It flows ahead through the Kottiyur Reserve forest and Aralam Wildlife Sanctuary. (A similar named river Bavali can be found in the Waynad district). Chekuthan thode from Valad in Waynad, merges with Sreelankan thode and becomes Ambayathode, and later joins with Bavali.

Veni River (Barapuzha):
Veni river (Barapuzha – Vallithode river) is one the major stream of Iritty river, which originates from Makkuttam – forest and one stream heads from Karnataka forest through Peratta that merges at Koottupuzha to emerge as Vallithode river. At Vattiyara near Iritty, Veni river meets Aralam – Bavali river. From this conflux, they move 8 km towards west to reach the Kuyilur Barrage of Pazhassi Dam (Pazhassi-Irrigation Project) and flows non-stop during monsoon.

The British has constructed many bridges in the region primarily for their timber transportation from the Coorg forest to Tellichery port. The Iritty steel bridge was built on two pillars with three spans and weighs about 10 ton, constructed by the British in 1933 to connect the towns of Kodagu and Thalassery. This engineering marvel is equipped with an excellent vibration reduction mechanism. The bridge was designed and constructed by Mr. E. H. Stewart and his team of engineers during the British era.

Almost 10 km from Iritty, is the Pazhassi Dam, well known as the major tourist attraction in Iritty. The dam was built across Valapattanam river, near Kuyiloor (Kuyiloor puzha) primarily for the irrigational and drinking purposes. Boating facilities are provided by the Kannur District Promotion Council to navigate through the river, enjoying the scenic beauty of Pazhassi Dam. Being near to the birth place of the King ‘Pazhassi Raja’ the dam got its name as Pazhassi Dam. It is the only reservoir with gardens in Kannur district. The gardens and the children’s park are the most entertaining sites around. The sculpture of King Pazhassi and the Buddha’s mountain at Pazhassi are noteworthy. This project was commissioned, in 1979, by the Ex. Prime Minister, Late: Mr. Morarji Desai. 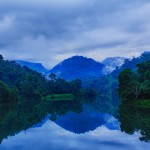 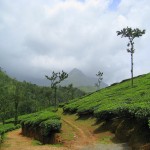