Kalighat Kali Temple is a Hindu temple located in the state of West Bengal.  The temple is dedicated to the Hindu goddess Kali and is one of the 51 Shakti Peethas. The temple is located on the banks of a small canal called Adi Ganga which connects to the Hoogly.

How To Reach
Buses and trams are available from Kolkata to Kalighat. Jatin Das Park (Northern Exit) and Kalighat (Southern Exit) are the nearest metro station 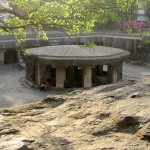 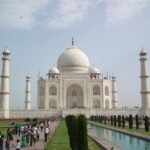