Kalpetta is a small town and municipality, situated on the Kozhikode-Mysore National Highway NH 766 (Old NH 212) at an altitude of about 780 m above sea level. It is also the headquarters of Wayanad district and Vythiri taluk, State of Kerala, India. The beautiful town is surrounded by dense tea and coffee plantations and green mountain ranges. It is about 72 km from Kozhikode and 140 km from Mysore.

Kalpetta is very popular tourist attraction and considered as the main trading center for its spices, tea and coffee plantations in the entire Wayanad mountain valleys. The majority population here are of the Jains. Back in the history, they say that the early Jain residents who migrated from Karnataka have named the place “Kalpetta”. The literal meaning of the name in Kannada language is “Kal” and “Pettah” means “deposits of stones”. All types of rocks, large and small are found throughout the landscapes of Kalpetta, and therefore the name as well. There are many temples and assorted institutions in the region, operated by Jains. As per the present data it is estimated that there are more than 500 Jain families in the town.

There is the historic record of the place as it was ruled by many Kings and Dynasties. Until AD 930, the Western Ganga dynasty administered the Kalpetta. Later, under the Pazhassi Raja Empire, Kalpetta Nair controlled the place as the representative of Pazhassi Raja. Ultimately, Kalpetta came under the British regime after the fall of Tipu Sultan. After Independence, Kalpetta became the headquarters of the newly formed Wayanad district on 1 November 1980.

The town has a good road connectivity with the major cities of the Kerala and the rest of South Indian states. Kozhikode and Mysore are connected through NH212 with Kalpetta. Mysore can be reached through NH212, past the Kerala state boundary or the Wayanad district boundary, lies the Bandipur National Park in the route. The best time to visit Kalpetta, is December to February.

Vaduvanchal is a place situated 16 km from Kalpetta, well known for several attractions such as Cheenigeri Mala and Phantom Rock. The Cheenigeri Mala is a popular spot housing a captivating skull shaped rock placed in the proximity to Ambalavayal town. The other main attractions near this place are Chethalayam Falls and Neelimala View Point.

Cascasding from the height of 300 m above the sea level, Meenmutty is a three staged waterfall, located in Kalpetta facilitates an awesomely beautiful sight to visit. The falls is situated 12 kms from Sulthan Bathery and 2 km jungle trek from the Ooty road. 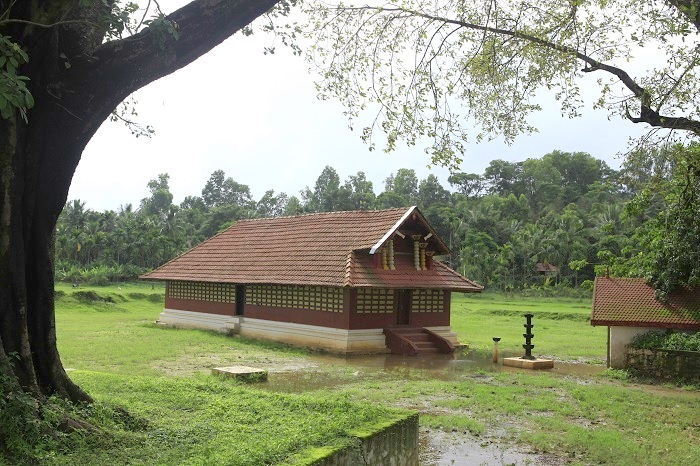 It is a temple of Goddess Durga, positioned high of Wayanad hills. The presiding deity in three forms namely: Bhadrakali, Jala Durga and Vana Durga exists here at Valliyoorkavu Bhagavathi Temple. The temple is located around 3 km from Mananthavady town and 24 km from Kalpetta. A festival of 15 days is the main attraction of the temple which held in the months of February, March and April.

Banasura Sagar dam is also titled as India’s largest earth dam, it is a part of mini hydro project situated 21 km away from Kalpetta. Activities such as trekking and hiking can be performed near the Banasura Peak.

A popular destination to visit among tourists, is the Muthanga Wildlife Sancturay, based in Wayanad district in Kalpetta. Ranging across an area of about 345 sq km, the region is occupied with dense forest and facilitates shelter to various birds and animals.

Animals like tiger, leopard, elephant can be seen here, while Birds like babbler, peafowl, cormorant, peacock, egret and bulbul are found here. The best way to explore the beauty of this place is through the Elephant Safari conducted by the forest department.

A man made marvel constructed over Karapuzha River, provides an amazing sight of this wonderful place and awesome nature around. The river looks splendid from the dam. 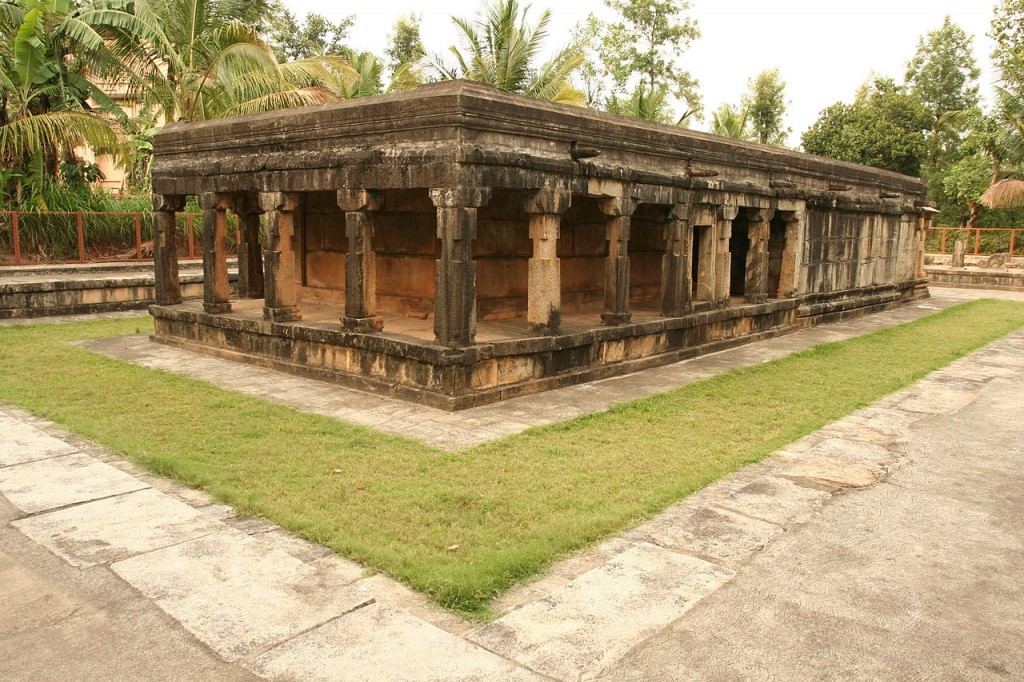 The temple is an ancient existence located 4 km north of Kalpetta, is dedicated to a well-known Jain Saint Ananthanatha Swami. The temple is constructed back in the 13th century, later the place was used by Tipu’s Sultan to store ammunitions. Another fort in close proximity to this temple is the Sultan Bathery Fort. 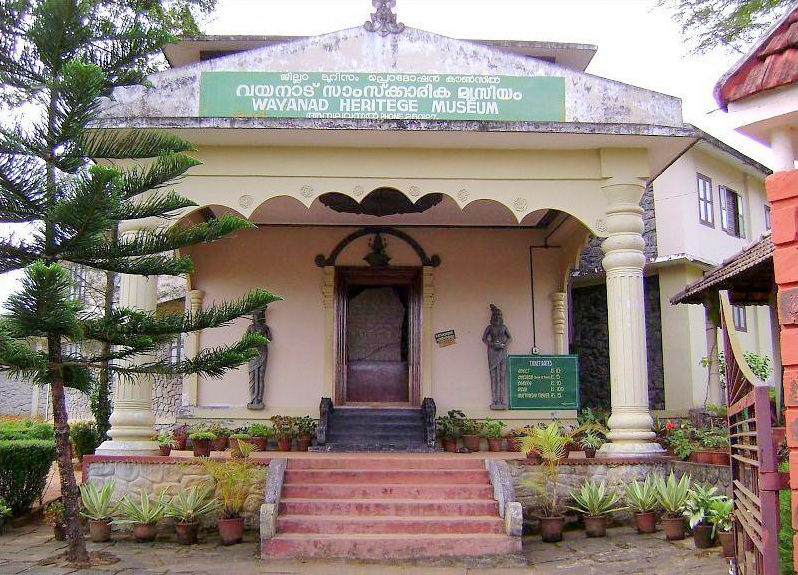 The Wayanad Heritage Museum is also known as Ambalavayal Heritage Museum, which exhibits a collection of rare and amazing artifacts belongings to 2nd century. This archeological museum is bifurcated into four sections namely: Devasmruthi, Veerasmruthi, Gothrasmruthi and Jeevenasmruthi. Each section houses different items that shows the intelligence and simplicity, the rustic way of living of bygone period. The museum houses a collection of tiger hunts and stones of primitive wars, fascinating idols of 12th to 16th century and belongings of Wayanad tribe.

It is ancient temple constructed about 3000 years ago. Based in Wayanad, the temple is known for its unbelievable architecture embellished with 30 granite columns. The temple lies near Panchatheertha pond and is dedicated to Lord Vishnu.

From a height of 200 m, this three step plummeting waterfall displays a beautiful sight, situated about 22 km from Kalpetta, also known as Sentinel Rock Waterfalls. Adventure activities such as swimming and rafting can be performed here. A trek of about 2 km through a dense cover of lush green forest leads to the Soochippara falls. An eye pleasing sight of the Western Ghats can be captured from the spot.

Pakshipathalam Bird Sanctuary:
The sanctuary is situated at an altitude of 1740 m above the sea level. A home to varied species of exotic scarce birds and animals. A must visit place for nature lovers as well as wildlife freaks.

Koottamundu Glass Temple:
A dedication to the famous Jain Saint Parshawanatha Swami, the Koottamundu Glass Temple was constructed. Located about 22 km away from Kalpetta on the hill side Vellarimala, large number of devotees come here to pay their respect and meditate. The temple’s interior is crafted with alluring mirrors that reflects the image of the idols inside the main temple.

Nearest airport: Calicut International Airport, about 100 km away from Kalpetta. 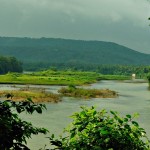 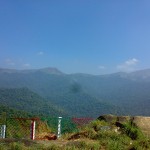