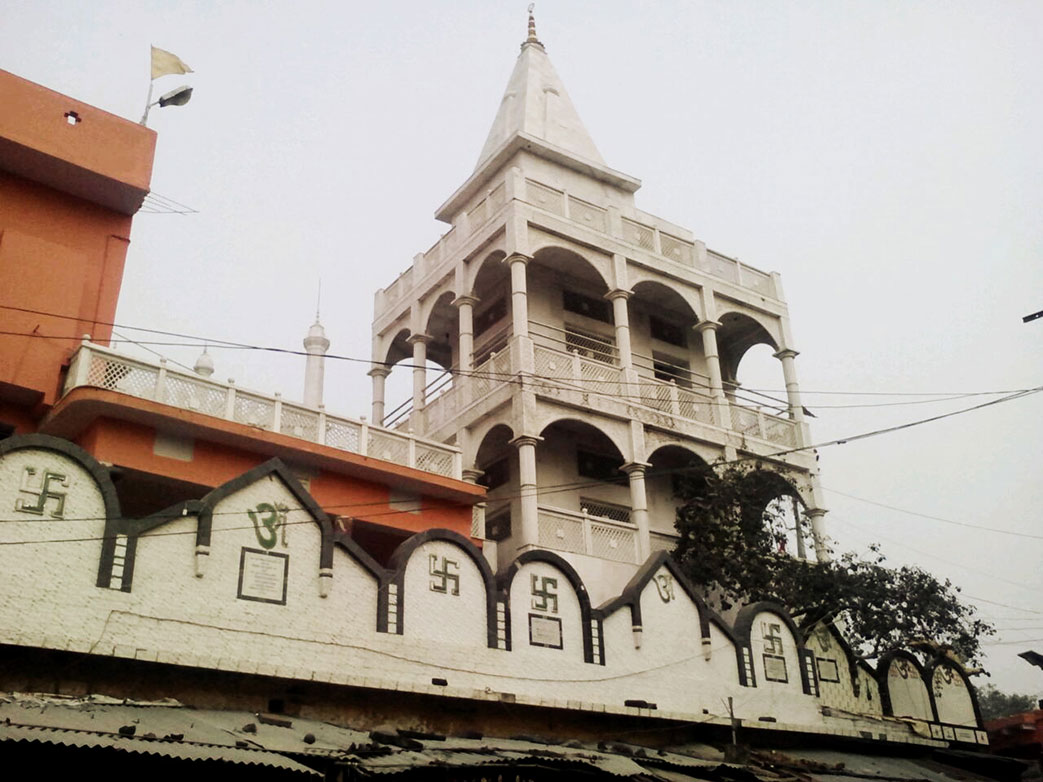 Maa Tarachandi Shakti Peetha, also called Maa Tarachandi, is the oldest and one of the most sacred temples of Sasaram, Rohtas district in the Indian state of Bihar. It is regarded as one of the 52 Siddha Shakti Pithas in India. According to Puranic legends, the “right eye” (Netra) of the corpse of Sati had fallen here when it was chopped off by Lord Vishnu with his “Sudarshan Chakra”. The ancient temple, originally called Maa Sati, is believed to be the abode of the goddess Dur Maa Tara Chandi.

Legendary tales also says that when Gautama Buddha came here after getting enlightenment, Ma Tarachandi had given him darshan in the form of a girl child and he was directed to go to Sarnath, where Buddha had preached for the very first time.

The statue of Ma Tarachandi is attached to a large black stone, which is a cave. The face of the deity is made of silver (gold plated) as was told to a businessman in a dream. Ma Tarachandi is depicted in balika swaroopa (as a girl child) here. Below the main idol, there is a statue of Lord Ganesha. while an akhanda jyoti burns adjacent to the sanctum. On the walls of this cave, the writing in Pali language, dates back to 1111 AD. Built around a barni tree with all its branches and roots taken care of during constructions, people believe if anyone harms the tree, he suffers its repercussions. there is a stone statue of Lord Vishnu to the west of the sanctum, that of Hanuman too and a havan kunda to the south. A big verandah is attached to the sanctum where statues of Surya Devta and Bhairav Baba are installed, while a black stone statue of Lord Shiva and a Shivalinga stand adjacent to this verandah. the white colour, 70-feet high temple is beautifully built and its three floors are completely used for various temple activities. 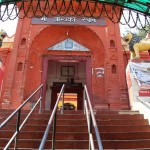 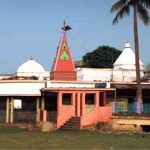